On the weekend Alexander Peroni raced in the Masters Series event at Val Vibrata race circuit in Sant’Egidio.

Alex qualified 6th in his Group then went on to finish 10th in the Pre-Final. In the final Alex drove, in the words of his Dad: “The race of his life”. At the end of lap two he had worked his way into 4th position and was beginning to challenge for third. That is when he was pushed off the track by another competitor. He managed to recover but had lost many spots by then, ultimately finishing the Final in 13th position.

Although Alex was disappointed at the conclusion of the race, on reflection it was certainly a heck of an effort in a field of some 74 entrants in his class.

Well done Alex. We are very proud of you. 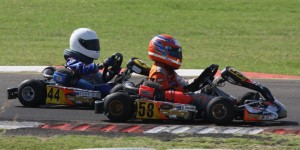 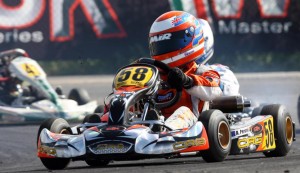