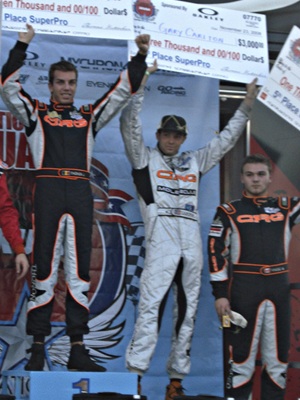 Jonathan Thonon thanks to an outstanding performance was able to add another victory in the Super Pro class at the SKUSA Super Nationals XII held on December 12, 2008 in Las Vegas, Nevada. This victory was the culmination of an absolutely wonderful season for Jonathan in which he managed to win a World and European Championships for CRG.
Having qualified in pole position, Jonathan Thonon proceeded to win the next two heats. He then suffered mechanical problems in the third heat which relegated him to fifth position on the grid for the final.
In the final Jonathan’s ability as a world class racer came to the fore by managing to fight his way into the lead and finally winning by a clear margin of two seconds. 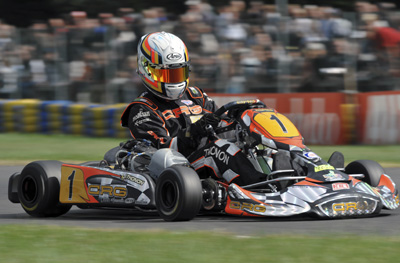